My Favorite Book Characters Vs. The Zombie Apocalypse 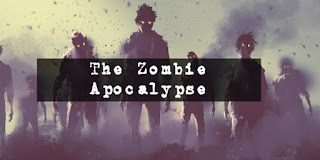 On a scale of 1 to dead as soon as zombies strike, I'd rate Luna a 9.  She's fierce but flighty and she'd get lost from a group of survivors easily.  She'd be dead inside a week.


2. Alina Starkov
Alina is pretty bad ass.  I think she would survive a long time - at least a year, probably longer.

Fred is pretty awesome with the pranks and the Weasely's Wizard Wheezes.  HOWEVER, I think that Fred would be bitten off fairly quickly.  I'd give him 4 to 6 months.

4. George Weasley
George, wonderful and talented as he is, would probably meet the same fate as his twin soon.  I give him the same time span as Fred.


5. Kaz Brekker
Kaz is bad ass.  I mean?!??!  However, I think his mobility issues would make it hard for him to hide from zombies for too long.

Tris is bad ass.  I mean - she left her parents and joined Dauntless in her choosing ceremony, hid her divergence for how long, and did so much more!  I give her a year, maybe longer.


7. Hermione Granger
The beaded bag, the punching Draco Malfoy in the face, all the help she gave her friends over the years. She'd be one of the last two die.  I'd give her at least 2 years - but probably more.


8. Katniss Everdeen
It's Katniss!  She survived 2 hunger games, killed President Coin and put up with all sorts of stuff from Haymitch and everybody else.  She's going to be the last survivor.  Every other person in the world will die before Katniss.