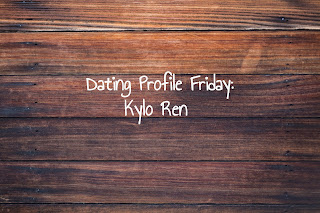 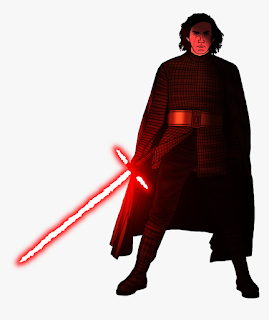 Name: Kylo Ren
Likes: Building a new death star that is far superior to the death star created by my grandfather, Rey
Dislikes: My parents, the light side of the force, Rey
About Me: I was raised by parents who never really cared about me as much as they cared about other people. I knew from a young age that I was more like my grandfather than anyone could possibly imagine. I don't feel shame or embarrassment about allowing myself to become like Darth Vader. I few him as one of the greatest inspirational leaders the dark side has ever had.
I'll be on my ship if you want to find me - we're currently located near the planet Chandrila.
Posted by Maggie at 6:00 AM No comments: 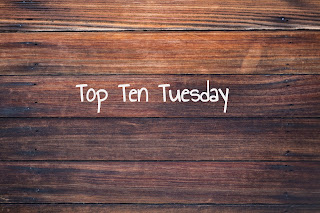 Hi reader friends - it's that special time of the week: Time for another round of Top Ten Tuesday, a weekly meme hosted by That Artsy Reader Girl!
This weeks topic is:  Books on My Summer 2020 TBR
To be honest, I don't have more than the next couple weeks planned.  Y'all saw my book haul from the other day, and most of those books are on my summer TBR list, plus a few I haven't taken pictures of yet. To be honest, my TBR list is ridiculously long right now, so let's just say here are 10 that I am THE MOST excited to read over the summer. 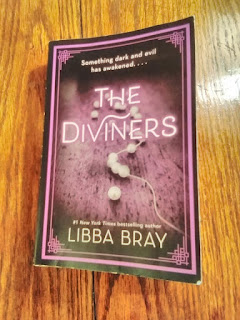 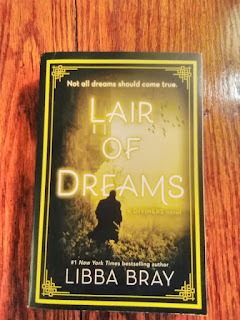 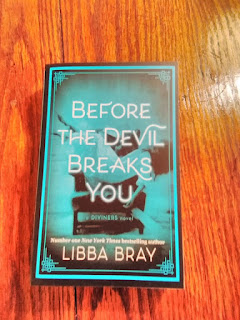 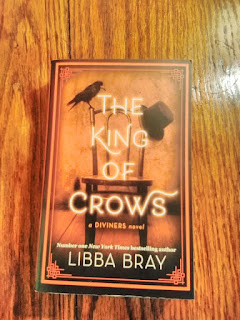 BUT ALSO:
* The Five - Hallie Rubenhold
* The Toll - Neal Shusterman
* Straight on Til Morning - Liz Braswell
* Ace of Shades - Amanda Foody
* King of Fools - Amanda Foody
* With the Fire on High - Elizabeth Acevedo
Posted by Maggie at 1:18 PM No comments: 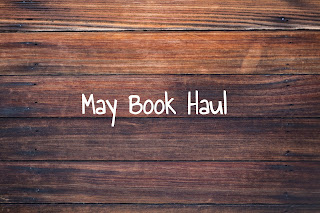 Hey Reader Friends!  I know it's the middle of June (GASP - where the hell has this year gone?!)  But I have a book haul for you.
I actually bought an absurd amount of books for me in May - EIGHT.  Now, I know for some of you, eight books doesn't seem like a lot. I usually get most of my books from the library though, not because I don't like to buy books, but because it's not very often that I have the finances to drop money on eight books in one month.
So, anyway, with that being said, here are the books I bought last month.  In a few days, I'll have a library book haul for you! 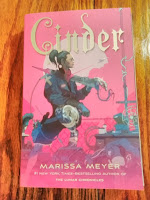 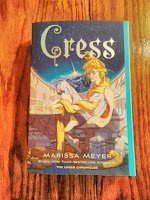 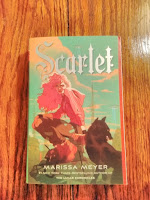 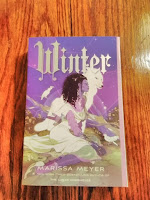 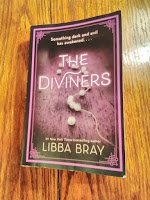 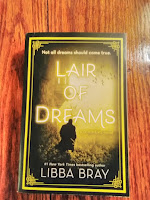 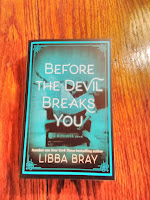 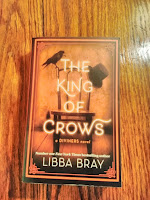 Email ThisBlogThis!Share to TwitterShare to FacebookShare to Pinterest
Labels: reading 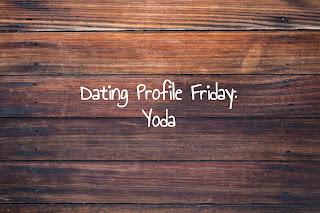 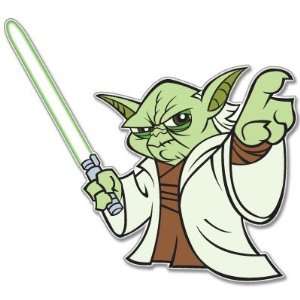 Name: Yoda
Likes: Luke Skywalker, the light side of the force, the swamps of Dagobah
About Me: Fierce Jedi Leader, Spreader of Peace, Trainer of Luke.  I spend much time training young people in the ways of the force.  I have much time to help and a love for all creatures.  Find me in the swamps of Dagobah.
While solitude I enjoy, I like the company of aliens and humans.  You know where I am.
Posted by Maggie at 10:38 AM No comments: 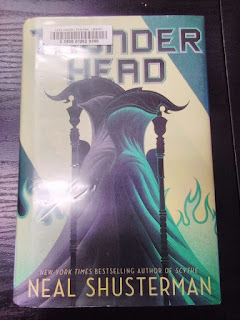 Title: Thunderhead
Author: Neal Shusterman
Format: Hardcover
Rating: 5 Stars
Disclaimer: There are Spoilers Galore in this review.  I just... I just couldn't keep this review spoiler free.  So, if you haven't read the book yet, and you don't like spoilers, maybe go read some different reviews.
~~~~~~~~~~~~~~~~~~~~~
Rowan has gone rogue, and has taken it upon himself to put the Scythedom through a trial by fire. Literally. In the year since Winter Conclave, he has gone off-grid, and has been striking out against corrupt scythes—not only in MidMerica, but across the entire continent. He is a dark folk hero now—“Scythe Lucifer”—a vigilante taking down corrupt scythes in flames.Citra, now a junior scythe under Scythe Curie, sees the corruption and wants to help change it from the inside out, but is thwarted at every turn, and threatened by the “new order” scythes. Realizing she cannot do this alone—or even with the help of Scythe Curie and Faraday, she does the unthinkable, and risks being “deadish” so she can communicate with the Thunderhead—the only being on earth wise enough to solve the dire problems of a perfect world. But will it help solve those problems, or simply watch as perfection goes into decline?
~~~~~~~~~~~~~~~~~~~~~
I have so many thoughts about this book.  So many thoughts.
This book is the second book in the Arc of a Scythe trilogy by Neal Shusterman.  This book gets even further into the dark underbelly of the Scythedom not only in MidMerica, but around the world. Things get twisted in this book - so, so twisted. We also get to meet a new character, Greyson Tolliver, and let me tell you - this kid is going to tear shit up in the third book I just know it.... (If you've read the third book, and I'm wrong, don't tell me!)
So. The Review.
The story jumped in a year into Anastasia/Citra's journey as a junior scythe.  Rowan, or as he now calls himself, Scythe Lucifer, is not a scythe at all, but rather is someone who has taken it upon himself to go around and kill all the scythes he deems as evil or corrupt. And let's face it - if you've read this series or even the first book, you know there are a lot of corrupt scythes out there!
I loved so much about this book.  I loved the characters and their development throughout this story. I felt like Citra and Rowan were sort of... just stagnant in where they are with their characters during this story - there wasn't much growth for them. However, they were involved in some heavy drama throughout the story and I loved following their story through to the end of this book.  I loved Greyson Tolliver and his development in this story as well.  He went through a lot of stuff, from being a potential NIMBUS agent, to being dropped down to an unsavory and having to fight for people to even remember who he is.  I liked how his story developed and liked watching what happened to him, even if it was all messed up.
It's about to get real spoiler-y here - my apologies, thus the disclaimer at the top.  I even liked Scythe Goddard's arc in this book, despite the fact that I EFFING HATE SCYTHE GODDARD.  The only character I've ever read that I hate more than Scythe Goddard is President Snow.  So. Yeah. Scythe Goddard does even more heinous stuff through out this book than he did in the first one, and that's saying something.
The development of this story had me hooked from the first page.  There was tension throughout the story, and yeah there was some drama and all that fun stuff, but I didn't mind that.  I felt like there was enough going on to keep me moving past all that.  I loved how the story moves so well between each characters POV throughout the story.
I really feel like the storyline and characters worked well together and kept everything moving so well throughout the book.
Overall, this book was one of the most enjoyable books I've read this year. If you've read this book, tell me what you think about it!
Posted by Maggie at 2:44 PM No comments:

Top Ten Tuesday - Books that Give Off Summer Vibes

Hi reader friends - welcome to another Top Ten Tuesday!  This is a weekly meme hosted by That Artsy Reader Girl.
This weeks topic is: Books that Give Off Summer Vibes.
So, here are some books I've read or want to read that give off all the summer vibes:
I've Read and Enjoyed:
- Lucky in Love: Kasie West
- When Dimple Met Rishi: Sandhya Menon
- Listen to Your Heart: Kasie West
- The Way You Make Me Feel: Maurene Goo
I Want to Read:
- A Song Below Water: Bethany C. Morrow (Being released June 2, 2020!)
- Take a Hint, Dani Brown: Talia Hibbert (Being Release June 23, 2020)
- Love From A to Z: S.K. Ali
~~~~~~~~~~~~~~~~~~~~~~~~
What about you, reader friends? What books have you read (or what books do you want to read) that totally give off all the summer vibes? Talk to me down in the comments!
Posted by Maggie at 6:00 AM No comments: