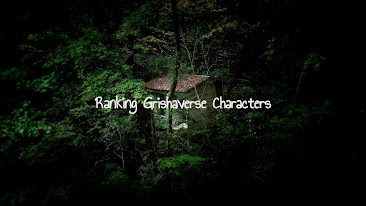 As you have most likely heard, Leigh Bardugo's famed Grishaverse series is getting a Netflix series. It is based on Shadow and Bone, and Six of Crows, so there is going to be a mashup of things going on.  I'm hoping it will be great, but I'm also wishing they weren't mashing it all up.

Anyway, I thought I'd use this chance to rank some of my favorite/most well known characters from the series. My Ranks:

Protect at all Costs: (Nothing bad can ever, ever, ever happen to these people. Never)

Save them Uncertain Death: (These people are pretty awesome, but there are some who are better than them.)

Alina Starkov (I know, I know. Let me be in peace.)

Let them Eat I Guess: (These people are ok. Mediocre.)

Kaz Should Drive His Cane into Their Kneecaps: (These people are pretty terrible. But there are people worse than them.)

Tolya and Tamar
Nikolai Lantzov (I said what I said...)

Let Alina Kill Them: (These people are almost the worst. Almost.)

Send Them to Be Hunted By the Darkling: (These people suck. I hate them all.)

Send them to the Darklings mother to have their eyes ripped out and be killed by her bare hands while she laughs gleefully: (Reserved for the one character I hate more than any other in the series in spite of how much everyone seems to love him.)

The Darkling. (May he rot and fester for eternity.)