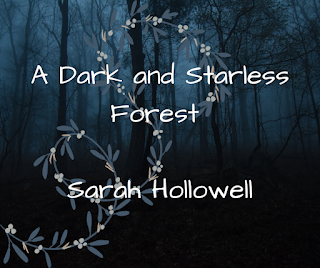 When her siblings start to go missing, a girl must confront the dark thing that lives in the forest—and the growing darkness in herself—in this debut YA contemporary fantasy for fans of Wilder Girls.

Derry and her eight siblings live in an isolated house by the lake, separated from the rest of the world by an eerie and menacing forest. Frank, the man who raised them after their families abandoned them, says it’s for their own good. After all, the world isn’t safe for people with magic. And Derry feels safe—most of the time.

Until the night her eldest sister disappears. Jane and Derry swore to each other that they’d never go into the forest, not after their last trip ended in blood, but Derry is sure she saw Jane walk into the trees. When another sibling goes missing and Frank’s true colors start to show, feeling safe is no longer an option. Derry will risk anything to protect the family she has left. Even if that means returning to the forest that has started calling to Derry in her missing siblings’ voices.

As Derry spends more time amidst the trees, her magic grows more powerful . . . and so does the darkness inside her, the viciousness she wants to pretend doesn’t exist. But saving her siblings from the forest and from Frank might mean embracing the darkness. And that just might be the most dangerous thing of all.

Reader friends, let me tell you - this is one hell of a book.  I've been having trouble not telling everyone exactly what happened because one of the characters is JUST OVERWHELMING.

I will try my best to keep this review spoiler free.

The writing is good, it was good enough to help the story flow well and keep me hooked.  The story itself was fantastic - I found the plot worthy of being read. The sisters, their home, their world were all well written and well developed.  The big moments throughout the story were weaved into the smaller day to day things very well.

I liked all the characters except Frank.  You'll see why if you read the book.  He has a motivation for why he does what he does, but the girls also have a motivation for why they do what they do - and it all evens out in the end.  Each of the girls was well written and well developed, and had their own personalities, their own things that made them who they are, their own reason for being, and their own powers that really drove home who they are as "alchemists."  (Franks word.  The girls later reclaim the word witch, and that really suits them.)

The way this book shows that each girl has their own power is awesome - with the flowers, and the FLOWERS (You'll see.  Derry is amazing.) The flowers glow when each girl is tested on their abilities, and that helps Frank learn things, which weaves together everything else that happens in this book to Frank and to the girls. Each thing we see, from the flowers, to the hidden trail, to the deep dive into Franks private room, all weave more detail into this book and help us learn so much about what has happened and what will happen.

The forest being written as this almost living breathing thing in the book was great.  The forest was its own character that felt so alive, and that really helped the girls in the end.  That added more dimension again because it was such an integral part of everything that happened in this story - without the forest and what it can do there is no story and no past for the characters.

Basically, I found the whole book a little shocking, and wholly amazing.

If you have not read this book yet and like horror fantasy, I highly recommend reading this book as soon as you can. And then coming back here and telling me what you thought about it.

If you've already read it, drop some thoughts about it in the comments!

Posted by Maggie at 9:31 AM No comments:

The Comfort of Reading 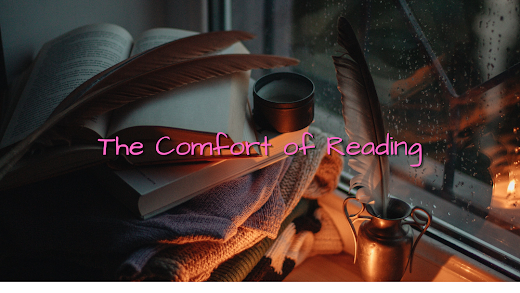 There's always so much going on in the world.  People are dying, warring, fighting, and it feels like things are not getting better sometimes. There are many things we should keep up with in the world, but at the same time, we need to take a break.  We need to refresh ourselves through whatever works for us. For me, and for most of you reading this post, there is a deep comfort in reading.

You can pick up your hardcover or paperback and feel the cover in your hands.  You can flip the pages and feel that fond feeling you get when touching a book. Or, if you're like me, you can pick up a kindle and read books that way as well. Turn it on, open whatever book you want, and read through it with the press of your finger.

If you are an audio listener, also like me, you also turn to whatever platform you use for audiobooks. You can pick out a book, and let the narrator take you away while you listen to the words as they surround you.

It's coming on autumn here in the northern hemisphere, which means it's spooky season. It's cover up under a blanket with a cup of hot coffee or tea and a book season.  I find that to be a comfort personally.  I love the feeling of starting a new story, and finding out where it's going to go.  I love the feeling of laughing out loud at some fabulous rom-com. I love entering a new fantasy world filled with swords, or magic, or dragons, or all three of those things. 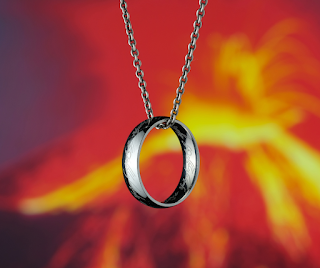 This is what brings me comfort.  I can't remember a time in my life when I didn't feel comforted by words and reading.  As a young kid, I dragged my parents into my bedroom and made them listen to me read when I nailed my first picture book. That was great.  As a middle grade reader I lost myself in The Babysitters Club books.  I devoured book after book after book about the adventures of Mallory, Kristy, and all their friends.
When I was a teenager I got solidly into the Sweet Valley High books, and also developed a deep love of classics.  I am totally dating myself here, friends. Yes, I was, in fact, a teenager during the 90's.  That's the 1990's. 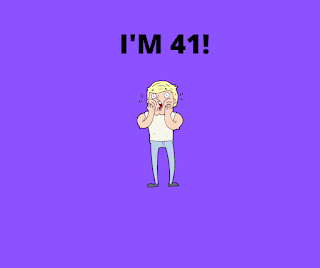 Seriously though, I'm grateful for books, and I love that they welcome any and all people. Anyone can pick up a book by Tahira Mafi, or Leigh Bardugo, or the romance likings of Talia Hibbert and Abby Jimenez.  You can pick up any book that sounds appealing to you and read it and find an amazing comfort and feeling of joy in that book.
As the publishing world changes again, and again, and again, I will simply continue to remember my love of books and the comfort they bring me, and will continue to fight so that all people who want to tell their stories with the world have the chance to do that.

Posted by Maggie at 4:11 PM No comments:

The Feeling of Falling in Love - Mason Deaver 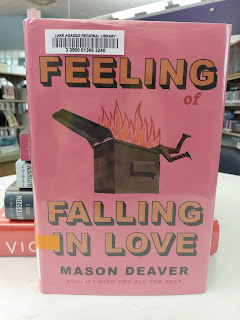 From the bestselling author of I Wish You All the Best, comes a new kind of love story, about the bad decisions we sometimes make... and the people who help get us back on the right path.

Perfect for fans of Red, White, and Royal Blue by Casey McQuiston and What If It's Us by Adam Silvera and Becky Albertalli.

Just days before spring break, Neil Kearney is set to fly across the country with his childhood friend (and current friend-with-benefits) Josh, to attend his brother's wedding—until Josh tells Neil that he's in love with him and Neil doesn't return the sentiment.

With Josh still attending the wedding, Neil needs to find a new date to bring along. And, almost against his will, roommate Wyatt is drafted.

At first, Wyatt (correctly) thinks Neil is acting like a jerk. But when they get to LA, Wyatt sees a little more of where it's coming from. Slowly, Neil and Wyatt begin to understand one another… and maybe, just maybe, fall in love for the first time…

This was an absolutely adorable and yet sometimes heartbreaking novel.  I loved everything about it.

The characters in this book were so so well written, even including Neil's transphobic and homophobic grandparents.  Like, I couldn't stand his grandparents, but yes, they were well written and I believed their characters and wanted to swear at them a lot and kick them in the kneecaps.Wyatt, Neil, Josh, Michael, Neil's mom - they were all very well written, and very believable.  It was great to see that.

I loved that Neil went through some really great changes throughout this book, as did Wyatt and Josh.  Neil is a trans boy who has had, um, some sort of issues with the way he treats people.  He's not really kind when we first meet him.  When was at home with his mother he snuck out of the house so many times, and would take the car and get into 18+ clubs where he would just sit and hang out.  His mother got tired of this and sent him to a boarding school in N. Carolina.  Anyway, no more spoilers (I hope) but this is where he met Wyatt and also became, ahem, more than friends with Josh.

Josh even learns and grows and realizes that yes, he was in love with Neil, but Neil wasn't really the person he was supposed to be with. He learns to look into himself and find out what he really wants in a boyfriend/partner.

This whole book was also filled with humor and heart.  There were so many funny moments, and tropes that will make your little queer (or straight ally) heart very happy. Mason Deaver weaved in so much fun in this book, which is fair because you need fun on a cross country week long trip, amiright?!

I personally feel like the book can be described fairly well with the following two pics: 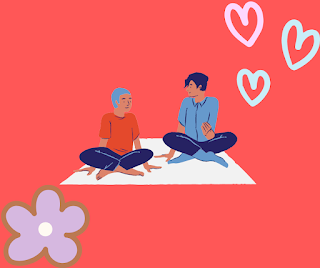 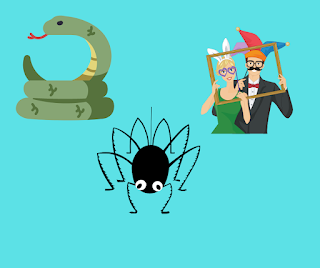 If you have read this book, let me know what you thought of it, and if you haven't GO DO IT NOW!

Posted by Maggie at 6:49 PM No comments: